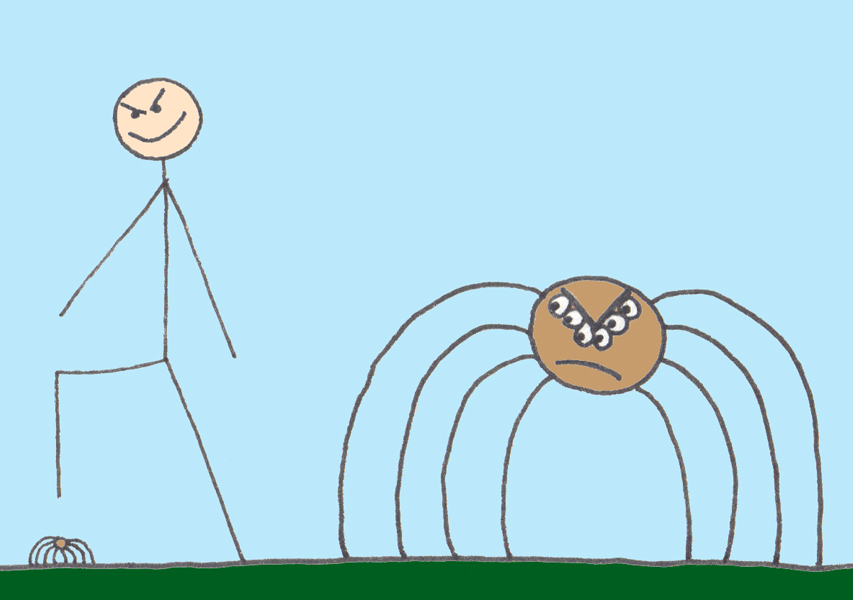 In case you missed it, the world ended again. Wednesday, October 7 was not only $6 Bang Bang Shrimp at Bonefish Grill, but also the annihilation of the world by fire. “Why fire?”, you may ask, and yes you may ask it because you’re alive right now and not a smoldering pile of cinders which in normal circumstances has a hard time pronouncing relevant questions. According the Chris McCann of eBible Fellowship (not a church, mind you, because churches don’t allow uncapitalized “e”s; the letter “e” is always upper case for words like Evangelical, Evil and “Every single time we get this shit wrong”) it is simply fire’s turn to destroy us.

“God destroyed the first Earth with water, by a flood, in the days of Noah. And he says he’ll not do that again, not by water. But he does say in 2nd Peter 3 that he’ll destroy it by fire.”

So that’s fair. Mr. McCann then goes on to say that this destruction of the universe by a benevolent God is occurring exactly 1,600 days after the “Judgement Day” of May 11, 2011 predicted by radio prophet and all-around dead guy Harold Camping. Considering they based the prediction of the world’s destruction on a New Testament verse and the rantings of a guy who got doomsday wrong twice, it really is a wonder we’re not so much sizzling meat right now. Of course, they may just have counted the days wrong, because “with the Lord a day is like a thousand years, and a thousand years are like a day.” (2 Peter 3:8) If we didn’t know better, we might think that the bible, “e” or otherwise, “contains some things that are hard to understand, which ignorant and unstable people distort, as they do the other Scriptures, to their own destruction.” (2 Peter 3:16) You see, this is the problem when people cherry-pick bible verses to make prophesies: they don’t read the whole paragraph, misunderstand the context, and end up looking stupid yet again when they get everything wrong-wrong-wrong. But don’t give up on the scriptures, ladies and gentlemen. In fact, look at the third verse of that very same passage of 2 Peter:

” First of all, you must understand that in the last days scoffers will come, scoffing and following their own evil desires.”

Isn’t that great? The bible predicted What Could Go Wrong?

Look, you can call it All Hallow’s Eve or Samhain or the Hershey Holiday for all we care. We all know the true meaning of Halloween.

It’s easy to loose your composure when faced with the horror of the giant hexapod. Hell, you should see Skullard’s turbo boost of adrenaline kick in when any spider larger than a lentil crawls more than three inches toward him. But any man of science is going to flip his shit when being swarmed by Arachnopeople and huge spider-puppets once they get stuck on The Mesa of Lost Women. They’re lost, by the way, because they’re born without souls, but those souls could simply be hidden somewhere down in their cleavage. You’d better look and see. Tarantulla doesn’t spend half of the Dance of Destruction rolling on the floor just to wipe up last night’s cerveza with her dress, but to give you the best possible angle to look for her soul. And don’t miss Mary Hill, the Scarlett Johansson of the 1950’s, suck face with Capt. Sexy just yards away from her sleeping Sugar Daddy fiance. Casual post-war cuckolding anyone? Throw in creepy dwarfs, escaped mental patients and cartoonish racism under the hot Mexican sun and this movie has everything a mad scientist needs for a full night of entertainment.

There was a brief reference to the show Love American Style this week, which is more than enough excuse to post a YouTube clip. Get ready for the earworm to be implanted.

Maybe Haley Fox was simply more comfortable with an online relationship than a face-to-face one. Or maybe it was a new aluminum bat and she just couldn’t wait until desert to try it out. Either way, her boyfriend probably wishes he’d stayed in Alabama where decent women don’t make you move all the way across the county just to bludgeon you. 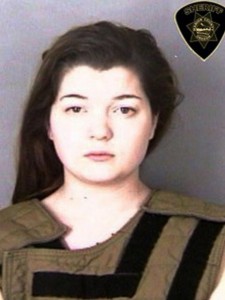 Here’s an early news story of the pee-reflective paint they are using in some areas of San Francisco. Despite the eloquent expressions of doubt expressed at the end of this clip, the program has been so successful that the city has since doubled the number of walls with the bounce-back, piss-off paint.

If you didn’t get enough Spanish guitar in this week’s bad movie, One Lousy Second (1980) uses the instrument to its greatest mournful effect. This piece of cinema verite captures not only the voluminous feathered hair and knit fashions that made the early 80’s a flashpoint of cultural mediocrity, but also showcases the mundane verbal tripe that passes for acceptable conversation to this very day. The dialogue is so real, so incredibly non-gripping, that when the film reaches its lethal, freeze-framed climax, you’re glad so many people are dead and mercifully silenced. Good lawd, shut these people up!