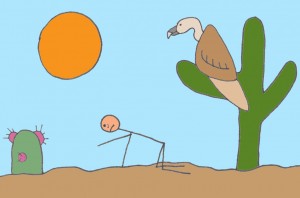 Luka’s Bad Movie Review returns this week with Sharknado, SyFy Channel’s desperate attempt to syphon off viewers from both the Weather and Discovery Channels without actually offering anything either audience would like. This movie isn’t going to teach you anything new about sharks except they can survive outside the water longer than you’d guess, can bite through anything but a rope they happen to be climbing and are surprisingly aerodynamic. It also won’t teach you anything new about tornados unless you consider dispersing them with homemade bombs new information. The CGI is relentless and hokey, continuity is like a tossed salad with peas and Altoids, and the acting suggests that the production budget included a postage meter for everyone who decided to mail it in. On the upside, who knew that retired surfers had such a strong sense of responsibility toward their fellow man? So grab your +2 Barstool of Bludgeoning and watch the trailer for Sharknado, and you’ll believe a shark can fly. Or be flung. Or plummet at the very least.

Did we go on enough about Steve’s Onion and Garlic Pepper Sauce? Not nearly enough? In that case, click on the banner to learn more about the “It’s made for the flavor” pepper sauce that “just tastes great”!

Since you haven’t had an educational short to educate the heck out of you in quite a while, Luka offers The Adventures of Junior Raindrop (1948)! Be amazed as an unwilling young raindrop takes his first trip to mother Earth, only to begin a horrible life of sadistic crime. Why did he change his alignment? I’ll give you a hint; it’s all YOUR fault.

From Skullard’s Postcard Collection: Hot enough for ya? 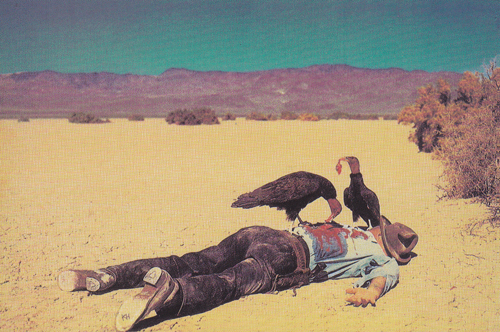