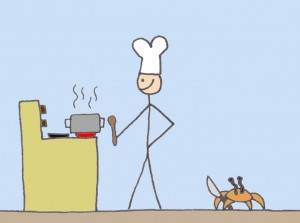 Where is the future we were promised? Sure, sure, it’s in the future, we get that, but what about that past future that supposed to be now but isn’t? Flying cars, unlimited life light bulbs and batteries, slammin’ one-piece outfits that glitter, all these things we were promised in movies to have by this time. Okay, movies also predicted several dozen world-ending disasters and societal collapses that we’ve managed to dodge, so maybe we shouldn’t use cinema to build our wish-list. But still, where’s our food replicators? Where’s the teleportation to Moonbase Beta and back? Where’s our universal health care? Regardless of whether they’re controlled by the laws of robotics or SkyNet, where’s our amblitory, humanoid robots and androids? It’s 2014, fer chrissakes, we should at least have holographic television and a chip in our head. What do we actually have, Google glasses? Well, we don’t. Only special people have those. Is that the way it’s going to work from here on? Only privileged people get to enjoy technological innovations while the rest of us sit and wait for next-gen hand-me-downs? That’s a future that sounds a lot like the past, actually. Revolution, we say! Let’s take back our future from those hoity-toity one-percenters. Give us our techno-toys and science wonders before we use some old school tech like bricks and sticks to take them from you. How much good is your Google glass going to do against an axe handle? The future is now . . . OR ELSE!

Inside No. 9 is our new fascination. Here’s the merest taste of what we’ve been gushing about.

Skullard mentioned that his favorite emotive guitarist was David Gilmore who has a birthday this week. What does he mean by emotive? Take a listen. 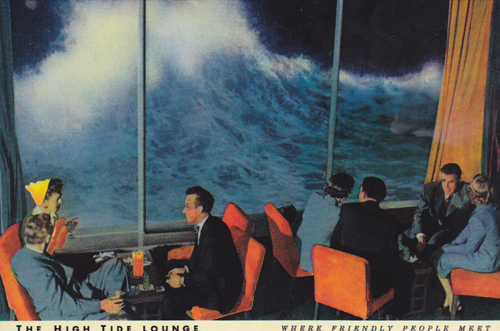