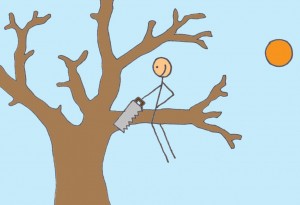 Are you hungry, dear listener? Well, sit right down! How about a plate of fried fish? Or maybe a crunchy bag of tortillias? Perhaps a nice shiny diamond? Nah… we know what you have a taste for. You’d like a big, heaping helping of What Could Go Wrong! We’ve got all you can eat!

This week in the news, an old man would rather die than pay his bill at a strip club, a couple of thieves leave behind some odd evidence at crimes scenes while another chooses to conceal evidence in his own stomach. A pot-happy Walmart customer is attacked by a snake, a crashed truck full of yogurt spills all over, and Canadian children are denied the chance to view a rather enlightening museum exhibit. Also, city trash collectors prove to be kind and helpful, a loud-mouthed fatty loudly proclaims his greed outside a restaurant, and an old man and a tree end their beautiful friendship on a happy note.

Mirrors came out in 2008 to give Keifer Sutherland a bit of a break from playing Jack Bauer after seven consecutive seasons of 24 in a row. If only he would have taken that break. Fans of 24 received more of the same as Keifer ranted, yelled, shot, threatened and chewed the scenery in a very Jacky manner. Sutherland plays Ben Carson, a down on his luck ex-cop who has to protect his children, his wife and her boobs from supernatural threats from the other side of the looking glass. He thrashes around, cries, scares his young children, vandalizes, brow-beats polite hillbillies, points his gun at a nun and this is our hero? What’s with all the aggression, man? Everybody is so helpful to this guy and he’s just so rude. But even with such a distinct lack of manners, Luka’s Bad Movie Review scores this cookie-cutter spook-romp a Pretty Good Unintentionally Bad Movie. It might have scored better if the guy who played the “Chloe” part hadn’t been such a milquetoast schmuck.

Bill Wisth is a 6’6″, 350lb asshole. When this fat fucker wasn’t full after twenty pieces of fish, he was cut off due to the fact that the restaurant (as well as the ocean) was running out of seafood. Enraged by this, Bill heaved his hefty frame off the chair and into the parking-lot with a poorly made protest sign. We suspect that he’ll take a bite out of it eventually.

Frank Knight and “Herbie”, now together forever. Yes, we can do sweet stories too. 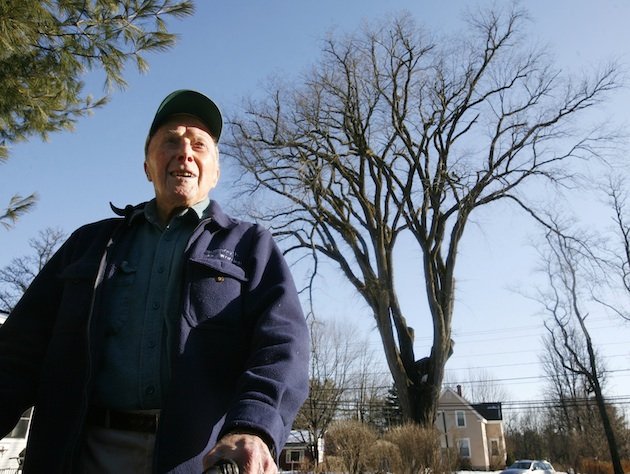 Alchemy Divine is an Etsy shop with beautiful handmade jewelry and snazzy cool things. Click this link and check ’em out! You’ll be surprised at what you find.

Remember kids, proper hygiene is important! That’s why your hideous Fairy Godmother is going to teach you Care of the Hair And Nails (1951).

From Skullard’s Postcard Collection: A compelling ad for “Big Daddy’s Drive In”, where they specialize in take-out orders, tray service to your car, turning fries into charcoal, chicken skin, using pickles for garnish and trying to pass off a hamburger bun as garlic bread. Mmmm! And don’t forget the Fry-Day Nite Fish Fry. All you can eat, unless you’re a 6′ 6″, 350 lbs deadbeat that doesn’t even realize he’s the town’s charity case. Chow down! 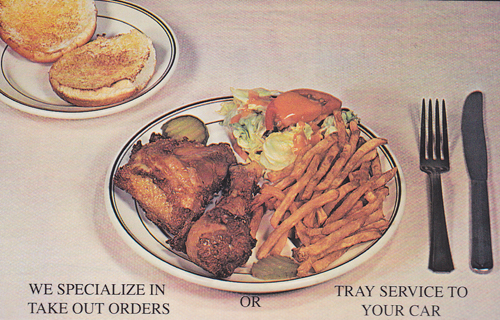