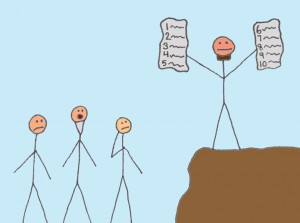 “Did you have a good Turkey Day?” “Did you eat too much?” “Did you watch any football?” These are among the stupid questions we were asked this week, to which the answers were all a resounding “No.” We spent Thanksgiving at the Urgent Care trying to figure out why Skullard’s back hurts every time he visits the potty. A test was run, a digit was poked into an orifice, and we were shown the door. We wanted to know if they could figure out what was wrong, if they could fix it, and if there was at the very least something they could do for the pain, to which the answers were all a resounding “No.” But you can’t go into detail like that when someone cheerily asks you, “Did you have a good Thanksgiving?” They don’t want the real story. They just want you to nod, say something pleasant, and leave all mentions of anal probing out of it. But, here you are, getting all the grim and gritty details of our lousy holiday without even asking. Just one more thing you can be thankful for this holiday season. Your welcome.

How come nobody asks, “Did you injure anybody while shopping on Friday?” The annual Black Friday violence fest has been well documented on other news outlets (yeah, like we’re a news outlet), so we tried to concentrate more on fraud cases in Miami. Old people were scammed into buying 70 years worth of special turd-busting toilet paper, which was probably called “treated bathroom tissue” to make it sound fancy-schmancy. Either way, you wipe your ass with it, Granny. Another ass was treated much worse by a tranny doctor-impersonator that charged $700 to inject super glue and “fix-a-flat” into a poor woman’s butt cheeks.

Come to think of it, the news was fairly ass-heavy this week with the “Frosty the Snowman” who kicked a police dog, the barely literate burglar who wrote a critique of his victim, and the German gynecologist who took secret photos of his patients during exams. The biggest ass of all, of course, belonged to the 400 pound Chunks Lardberger who paid for one seat and took up two, forcing the other paying customer to stand in the aisle for the entire seven hour flight. But don’t worry, the airline was able to prove they were sizable asses themselves by making it up to the inconvenienced traveler not at all. Even Greyhound knows you have to refund tickets when a bus driver wanders off into the night, stranding passengers for several hours. We’re not sure why that happened, nor are we sure why some twitchy guy left a million bucks in a suitcase in a pizza joint in Australia. Those stories you’ll just have to finish yourself. And finally, we have two stories about that special bond between young boys and their mothers, which in some cases, can best be expressed by smacking some fuckhead in the face with a board.

In 1989, when hair was huge and tasers were exciting, The Fly 2 was made. Custom made, you would think, for Luka’s Bad Movie Review, because this movie stinks like a fly’s lunch. This Lousy Unintentionally Bad Movie tried and failed to relive the glory of its predecessor through the story of Martin Brundle, “Son of the Fly”. But the milk-sop, paste-eating dweeb we’re given for a hero is such a pale reflection of his father that you end up hoping he’ll travel through the teleportation pods with anything just so he might get a personality grafted on to him. Both Luka and Skullard dig out the lulz from this cesspit so that you don’t have to get your boots dirty. Again, you’re welcome.

They say, “If you can imagine it, it exists somewhere.” Really? Luka’s going to put that theory to the test. Skullard, for his part, is going to get a towel for the water that shot out his nose.

“Those passengers on the right side of the plane can see the ground right now. On the left side, you should have a pretty good view of the sun. Would Gordo the Wonder Chub please lean to his left?” 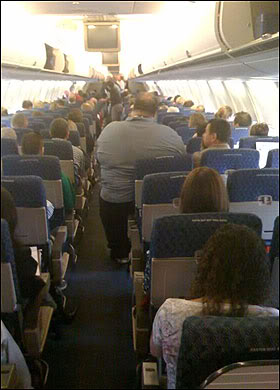 Mmmm . . . Spudnuts! The tasty glazed treat that’s so much better than your regular doughnut. Why would you put a regular doughnut on a postcard? You wouldn’t! But that’s because they’re not Spudnuts! 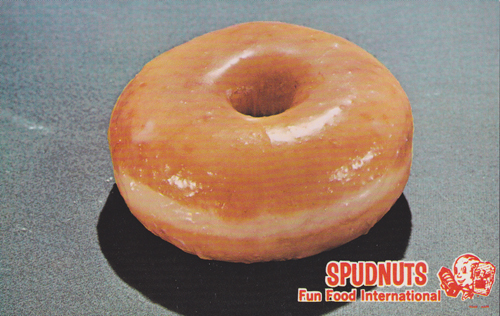 In this week’s educational short; The Benefits of Looking Ahead (1950), teens ask themselves serious questions. What do I want to do with my life? Who do I want to be when I grow up? Should I try harder in shop class? Will I be a drifter or a bum?