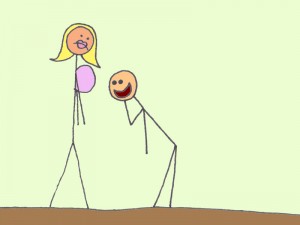 A “man-crush” is what an average straight cis guy gets when he sees another man who’s so beautiful that he can understand the attraction. Back in the 80’s, a young Skullard started going to the theater every week that his favorite movie Flash Gordon was playing. And as he watched the sexy-hot Princess Aura kissing Prince Barin, he found himself admitting that they were both getting a pretty good deal there. 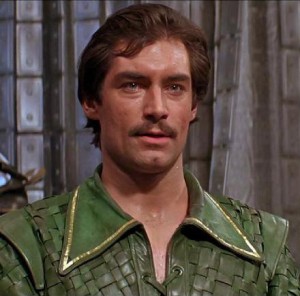 Not long after that, CBS came out with this great fantasy sit-com called Wizards and Warriors. So taken was our young Skullard with the show’s villain Dirk Blackpool (Duncan Regher) that he started walking around wearing his black ski jacket with the collar pulled way up like he was trying to receive satellite transmissions.

Of course, now-a-days our boy just watches Stephen Amell of Arrow doing that pull-up bar routine of his and rewinds it over and over. 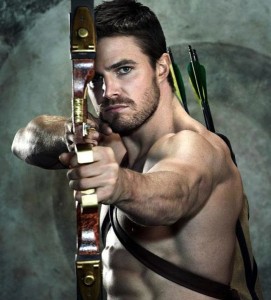 Nothing wrong with any of that, right?

Speaking of man-crushes, Prince Barin (Timothy Dalton) came back this week in Showtime’s new Victorian horror series Penny Dreadful. Can’t say much about it yet because there’s only been one episode, but it does have Victor Frankenstein, Dorian Grey and Timothy Dalton in it. Did we mention it features Timothy Dalton? Timothy Dalton.

This is the trailer for Bloodsucking Freaks (1976) that we deemed a little much for our Facebook page. To be honest, it’s a bit much for any page, but we trust you not to watch if you can’t handle it. Skullard couldn’t. He’s in the corner right now hugging his knees and asking Hello Kitty to tell him a pretty story please.

You may think this is a simple classroom discussion film about rumors and the dangers of jumping to conclusions, but it’s actually a complex allegory. Jean and Laura are best friends who call each other “best friends” several times a day to tamp down on the smoldering passion of a love that dare not speak its name. Frida is a foxy little slattern who dishes dirt all day, privy to all the ins and outs of high school intrigue. Laura (President Obama) is in a position to nominate Jean (Susan Rice) for the position of Pep Club President (Secretary of State), but Foxy News Frida tries to queer the deal with misinformation and “I’m just telling you what I saw” rumor-mongering. Will Obama stay the course and nominate his first pick for this vital cabinet position, or will he cave to pressure cooked up from right-wing pundits? Find out in The Gossip (1955).

From Skullard’s Postcard Collection: Meet Mervin and Marva Mopes of Torkle, AK. No kidding. Their motto: “Good Behavior For Your Savior”. Still not kidding. Luka and I may not be going anywhere on this vacation, but thank Shaundakul we aren’t traveling anywhere with these people. Though to be fair, when these people pimp their ride, they don’t scrimp on the stereo equipment. Or does a roof-mounted bullhorn count more as mono than stereo? I tried asking but couldn’t hear the answer because my eardrums were bleeding. 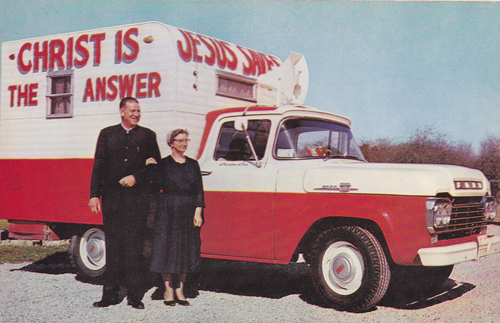