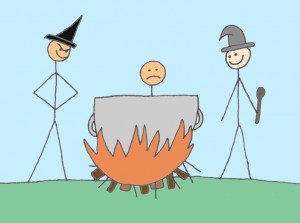 Who doesn’t love Halloween? Sure, Christmas gets a lot of attention because it takes the most planning, but unless you’re a mall Santa, there’s not a lot of chance to play dress-up. Halloween is a chance to act silly because you’re not really being yourself. You would never jump out from a bush and yell “BLAAARGH!” . . . but a goofy pirate might. You would never drink too much and go home with that guy, but Sexy Alice in Wonderland is in the mood for a tumble down the rabbit hole. Go ahead Sponge Bob, eat that huge bag of candy. You’ll still fit into those square pants tomorrow. It’s fun to pretend we’re someone else, especially someone who doesn’t exist, because it takes that whole burden of responsibility off for a while. Wear the mask, have some fun, then go back to boring old “real life” November 1st. And if your costume lends itself to making a specific lasting impression, by all means go for it. If you’re dressing up as John Dillinger, make sure to stop in at the bank. If you’re a mad bomber, see if you can make it through airport security. If you’re dressed as a pimp, slap a bitch. If you’re dressing up as a priest or scout leader . . . may we suggest a different costume. You can only take this “It wasn’t me, it was the outfit” garbage just so far, right?

In this week’s Bad Movie Review, Luka goes back to 2003 and takes a Wrong Turn (see what we did there?). You may not have seen this movie, but you’ve definitly seen it before. A carload of attractive college students are on a Spring break road trip and decide to take a short cut, right? Sound familiar? And they stop at a gas station an get directions from a vaguely threatening backwoods hick? Of course they do. Then they run over a spiked chain that blows out their tires and they end up being picked off, one by one, by a family of inbred cannibals. Yadda-yadda, la-dee-da, pass the popcorn, we’ve been down this old dirt road before. This time our usual vile villains are a trio of deformed brothers by the names of One-Eye, Three-Fingers and Sawtooth (or the Artist Formerly Known As Fuckface). Like any teen-screamer, Wrong Turn has had more the necessary amount of sequels and prequels, usually released directly to video. All of these are your standard, run-of-the-mill, snark worthy fare. In other words, get your snacks, get comfy, and get ready to point and laugh.

We took a short detour down Halloween Movie Memory Lane. Here are some sentimental favorites from years gone by: 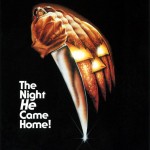 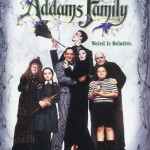 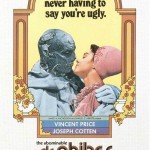 Mockingbird Lane: Well, it was going to be a pilot for a new series, but now they’re calling it a “Halloween Special”. Take our word for it, this is no Great Pumpkin. Oh Eddie . . . 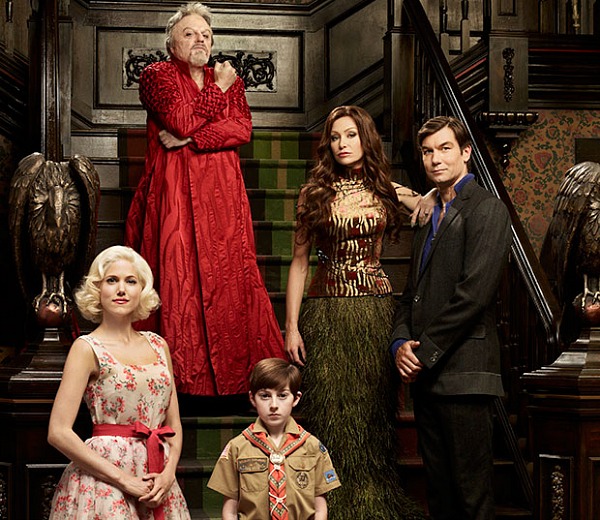 If you aren’t doing anything fun for Halloween this year, why not make yourself feel better by laughing at this stupid family and their potentially rabid dog? Please enjoy the low-income thrills of Halloween Party (1953)!

From Skullard’s Postcard Collection: This one’s a classic. Mine’s only a copy and I wish I had an original, but I adore the silliness of it. That witch must be driving like a maniac, because all the veggies look scared shitless. Hell, the pickle fell out! That’s what you get for not buckling up, ya briney bastard! And is it just me, or does that car’s smile remind anyone else of Speed-Buggy? “A-ROOMA-ZOOM-ZOOM!” 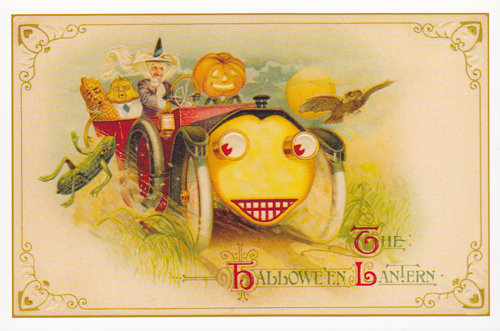 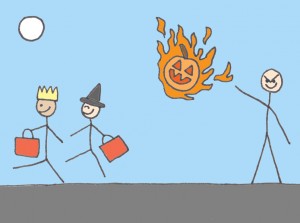 Next to Easter, Halloween is the best holiday for candy. Sure, you can get a good variety of goodies in your Halloween swag sack, but you can’t get any Cadbury Cream Eggs. The Peeps people have come out with Ghost Peeps and Pumpkin Peeps, so just because it isn’t Easter doesn’t mean there’s a shortage of Peeps. But you have to wait on the Cream Eggs. Plus, you don’t see many jellybeans in October. They’re around, but they aren’t given out at your neighbor’s doorstep. You’re more likely to get either a Tootsie Roll that’ll break your teeth or a “Fun Size” candy bar. And who decided to call the smallest candy bars “Fun Size”? The bigger candy bars are “King Size”, and we’ve even seen some extra large Milky Way that have been promoted to “Giant”. So what is it about a candy bar that’s way less than the amount that you’d normally get “Fun”? Who’s idea was it that smaller meant “Fun”? We’re guessing it was a dude with compensation issues.

Cheap-ass dentists and truckers with unstable loads try and ruin Halloween for everybody in the news this week. Come to think of it, “unstable” could refer to quite a few of the stars from our feature stories. Managers from a pizza place try to burn down the competition. A game of Monopoly inspires the kind of violence usually reserved for religion. One guy tries to cover with his girlfriend by calling the cops on his mistress. And then we have the getaways. A skank tries to outrun the coppers wearing a G-string and a off-duty fuzz tries to ditch one that’s on-duty. Another guy tries to make his getaway on a forklift but can’t find reverse. As it turns out, the most effective way to elude the police is to hop some high school kid for a piggy-back ride. Then there’s those guys who aren’t evading anyone, what with being stuck and all. At least the guillotine isn’t stuck. That little piece of equipment is working a little too well.

This being the holiday for horror, Luka had to come up with the most horrifying film she could find for the Bad Movie Review. And so we present The Refrigerator (1991), a tale of a cold hearted killer who puts all who oppose him on ice. This is a villian so insidious that he’s willing to pay for the loyalty of his underlings with the ultimate currency: cheese. Will an out of work actress, a flaminco dancing plumber, Mysterious Tanya and some random guy be enough to stop this blood-thirsty, freyon-fueled hell-portal before it’s too late? Don’t forget your baking soda!

High School of the Dead is an anime that wants to focus on two very important things. We’re talking about the things in the front of every school girl’s blouse. But every so often, between the wiggle and its subsequent jiggle, you might just notice that there’s a Zombie Apocalypse going on. How the hell are we supposed to score with these babes with all these flesh-eating undead shambling around, killing the mood. And the neighbors. And the cops. And whatever pets are handy. Man, being a pervy kid sure is tough these days.

Hey, why don’t you leave us a comment that isn’t spam. We’ve had enough spam. We’ve gotten so much spam, we’re starting to read it on the show. At least, we’re pretty sure it’s spam. Not all that sure it’s English, truth to tell.

So, if you’re wondering how the closing for the show was supposed to go, here’s the original text:

Well, it’s time for us to end our podcast. But before we go, we want to offer our usual thanks. First, a big thank you to Kevin McLeod for providing us with our introductory music. It’s also the music we use at the end of the show. You can listen to Kevin’s music at incompetec.com. And, as always, thank you to Myk Lewis, who always makes thoughtful, understandable comments on our webpage.

If you would like to leave us a comment, or view our bonus content, please visit us at whatcouldgowrongpodcast.com. And this week’s educational short is A Word To The Wives, in which women learn how to manipulate their husbands into paying for new kitchens. Don’t miss it!

We hope all our wonderful listeners have a safe and happy Halloween. Be careful! When people in costumes come to your front door asking for treats, make sure that they are children looking for candy and not homicidal butt-fuckers.

Stay safe and have fun. We’ll see you next week. Unless, of course, something goes wrong.

Personally, I can’t really see that much of a difference. Six of one, the opposed given a half grouping. 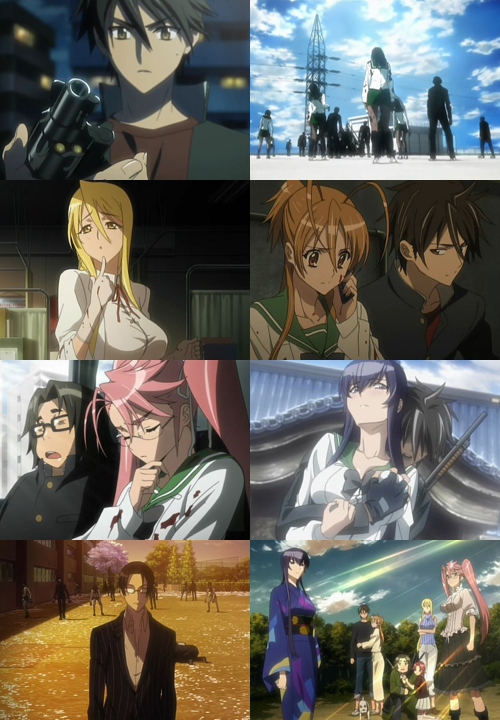 Petey – The runaway dog that was sent back home through the magic of microchipping! 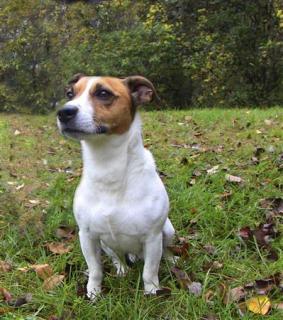 Hey Stumpy! What the hell were ya tryin’ to do!?! 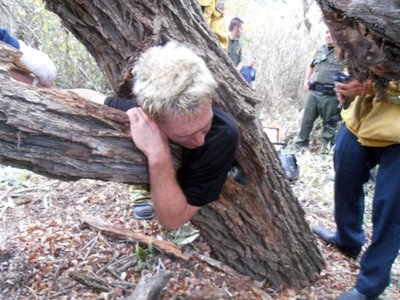 In this week’s bonus educational short, sneaky housewives trick their incompetent husbands into buying them designer kitchens. Please enjoy A Word to the Wives (1955)!