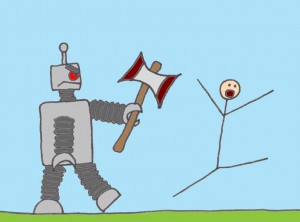 The Haiku is a Japanese form of poetry using a 5-7-5 syllable pattern and usually touching on traditional or classic Japanese themes. For example:

Watching Strike Witches
The girls fly and shoot big guns
But where are their pants?

In 1986, poor Kristy Swanson got suckered into doing the robot by Wes Craven who was in turn suckered into making a half-assed horror film out of an ill conceived sci-fi/romance along the lines of Romeo and Julie-8. So many people couldn’t be blamed for this tragically bad movie, but Deadly Friend was crappy nonetheless, and not even murder by basketball could save it.

We keep talking about NBC’s Hannibal like it’s some exercise in horror/art. What could have ever given us that impression?

In last week’s educational short we learned about The Bully. This week, the bully is the narrator who badgers and berates a little wallflower for not conforming to the group. Remember, different it bad, individualism is worse, and if you can’t go along with the crowd than you’re wrong-wrong-WRONG! Now toe the line and watch The Outsider like you’re supposed to, you ostracized freak. 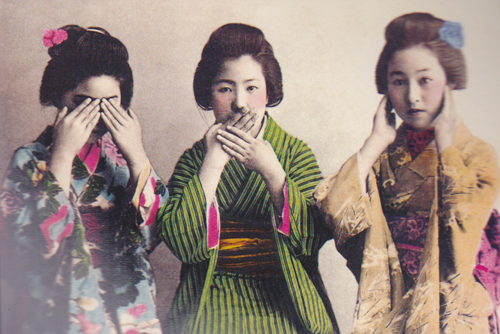