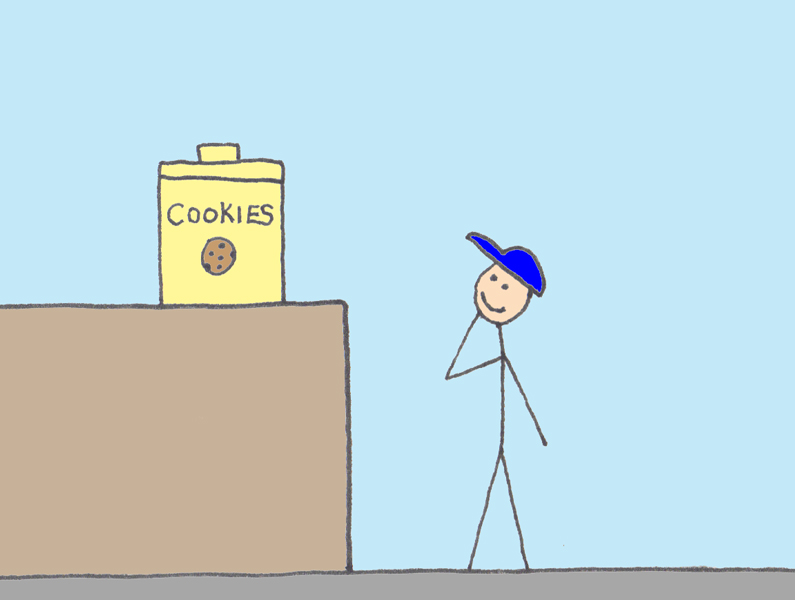 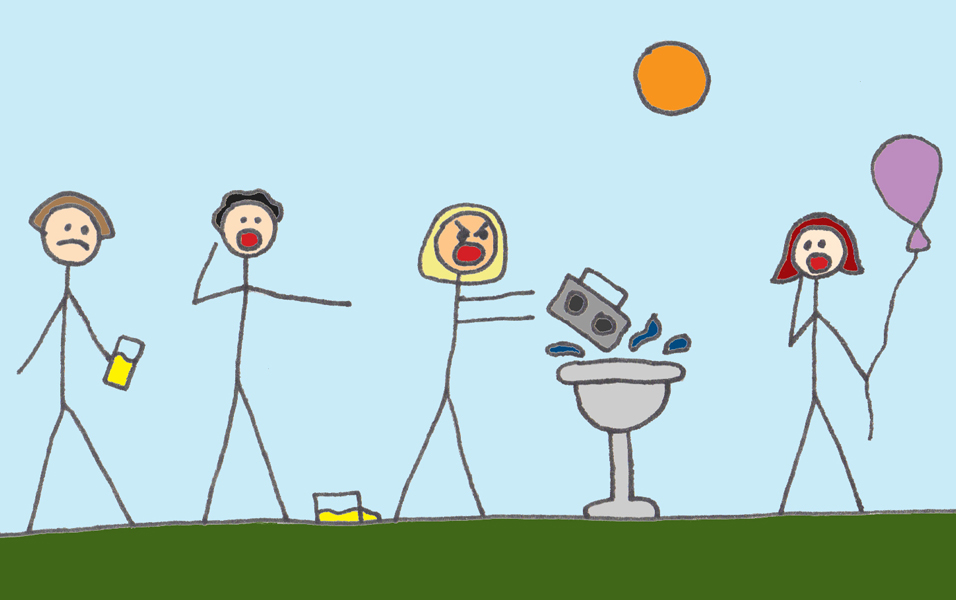 Well, the summer’s over. It’s time to drag your smelly carcass back to school or to work, with only the memories of your vacation to sustain you until next year. But don’t despair, dumbass! You can make yourself feel better by listening to Skullard and Luka regale you with their thrilling tales of mundane and utterly pointless adventure.

What kind of excitement can you expect? Birthday cakes made of ground meat and topped with dead mice! Quiche and inanely rambling old women with a grudge against Germany! Boomboxes plunging into birdbaths when everybody refused to dance now! Mysterious appearing and disappearing church signs! Unnecessary juice coupons! Enraging trip to the tire store while hubcaps attempt to make their escape! Posters at the Post Office! Endlessly shrieking children at Walmart! Quarters inserting themselves into Luka’s butt-crack and then later disguising themselves as batteries! Killer wasps loose in the bathroom! Weenie boogers!

During our trip to the antique store, Luka became charmed with an old sign reading “SPRATT’S CAT FOOD: Puts Pussy In Fine Form“. It comes in packets! They also make dog food and some kind of powder for canaries. Delicious!

From Skullard’s Postcard Collection; Our newest find is a funny little card sent back in 1921, from a young lady in Wolfville to her friend in college. It reads “Hello you sweet little bunch of sour grapes! Have they done this to you yet? I got your dejected and mournful puppy dog and was pleased to see him but I’m afraid he won’t be cheered up very soon or Lucy’s essay will never be typed. Congratylations Miss Fash on getting your Literary A. The tavern is an awful touch without you. Jean and I had to go up to it last night and rouse a little life in it. La la old thing – give my love to the rest of the gang! And if you’d drop another line perhaps you’d get a bigger bit. -Marion” 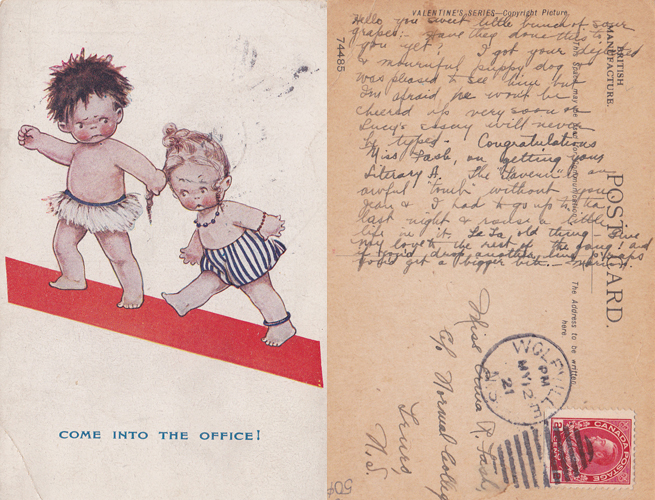 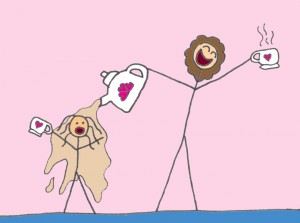 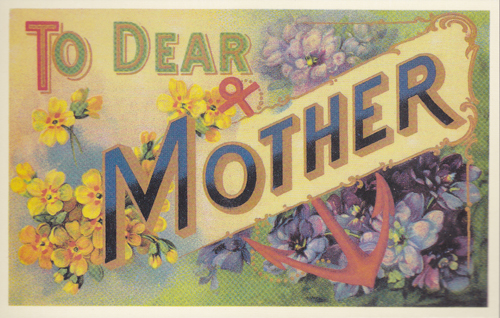 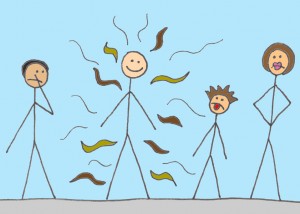 Ah, vacation time! Luka and Skullard have earned a full week away from toil at the button factory, and now they shall fill their days with play and relaxation. Or will they? Perhaps instead of jovial trips to the zoo, they will battle their animal-like neighbors for hallway domination. The plan is to take a drive to the Mall of America, but perhaps they’ll end up at the Canadian border fending off an incursion of rabid nutria. They’re hoping to catch a matinee of The Avengers, but who knows? Perhaps it is you, dear listener, who will be the one to avenge L&S after they are unjustly accused of grand larceny, criminal malfeasance, and reckless endangerment of a minor (long story . . . the kid had it coming). The simple truth is, anything could happen during this intended week of leisure to turn it into a flaming week of doom. We don’t expect flaming doom; we plan on fuzzy kittens, cupcakes, joyful singing and balloons! What Could Go Wrong?

Carnival of Souls is a 1962 horror classic. “Classic” in the sense that it’s old and a lot have people have seen it, like Skullard’s grandmother’s tits are “classic”. That doesn’t necessarily mean you’re going to run out and recommend either to your friends. Luka’s Bad Movie Review gives this film two ratings: if it’s a horror film, it’s a Lousy Unintentionally Bad Movie; if it’s an art film, it’s a Pretty Good Unintentionally Bad Movie. So how good it is depends on your intentions in watching, which can be said for Skullard’s grandmother as well. Skullard’s grandmother is not the lead actress in this movie, but if she was, you might care more about the story. This lady walks away from a car wreck and begins seeing apparitions. She also plays the pipe organ a lot. You can decide which prospect is scarier. She also becomes fixated on an abandoned dance hall, perhaps because just before the car she was in plummeted from the bridge into the muddy river water below, the Kinks “Come Dancing” was playing on the radio. Sadly, Carnival of Souls isn’t the kind of carnival where you can find over-priced food booths or rigged midway games, but you do end up coming away from this film feeling ripped off.

Ah, yes. Canival of Souls! It may sound like a rip-roaring metaphysical ride on the midway, but alas. It’s really not. On the plus side, though, it doesn’t contain a couple of thrilling scenes.
Such as when Mary and her friends drag race. Wow! Action!

Or when Mary plays the chruch organ. Brilliant! Sinful!

Why leave your child in the care of strangers, when there are grandparents to watch the kid? What Could Go Wrong, right? 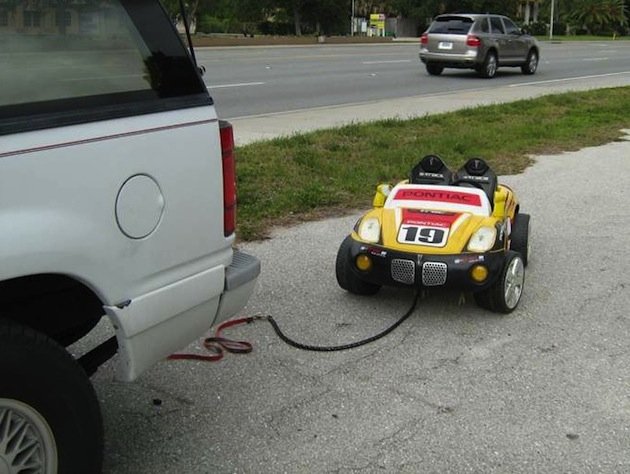 Skullard turned 44 this last week, and in his view you can never have too much cake. Especially with this one. 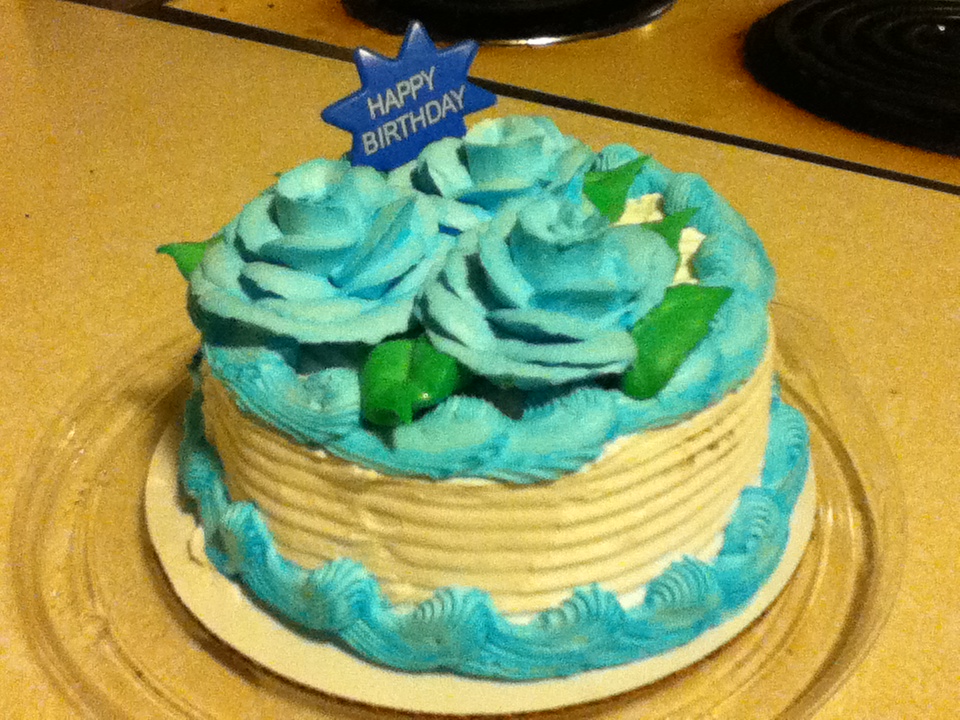 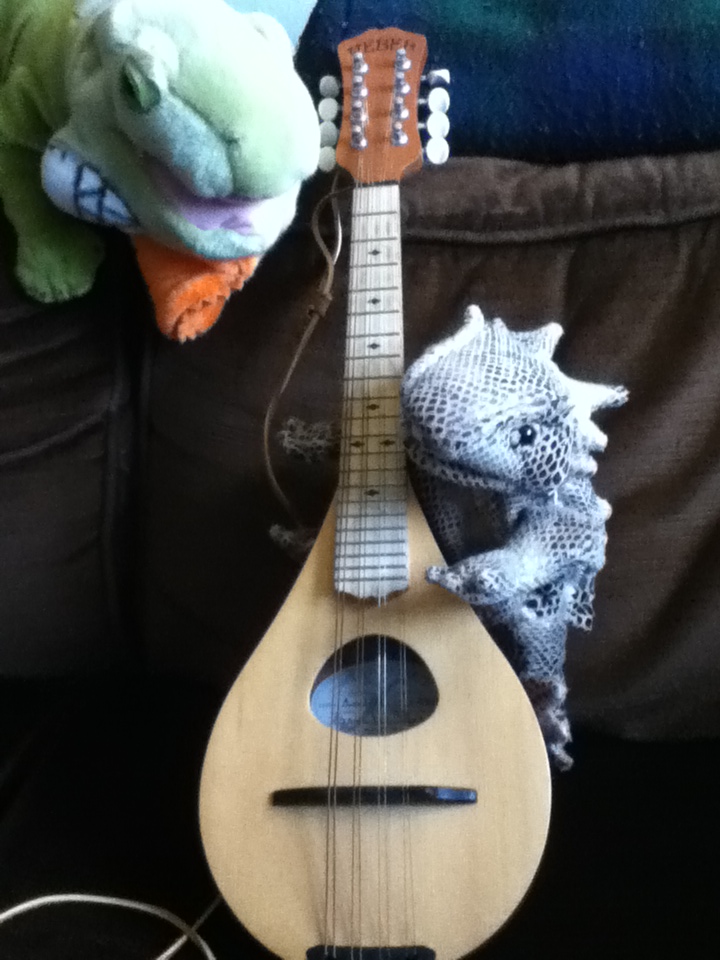 In this week’s bonus educational short; Cheating (1952), we ask important questions. Is copying off someone’s test paper really worth getting caught? IS IT? Please tune in and discover the answer!

From Skullard’s Postcard Collection: on the flip-side, it reads, “Sponsored by the Non-Illusionist Society”. What, you think I’m going to be happier without my illusions? Are you nuts? If I could see the world clearly as it really is, I’d be hiding in my closet, rocking back and forth and sobbing, not happier. Let me have my fantasies, and I’ll let you go on believing that’s a sharp haircut you got there, buddy. 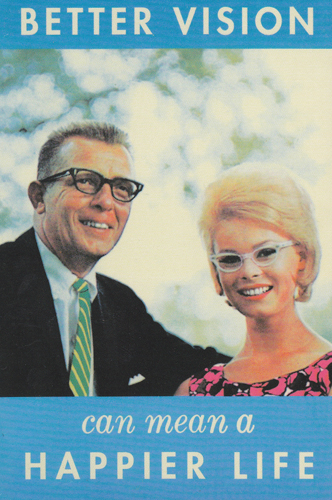 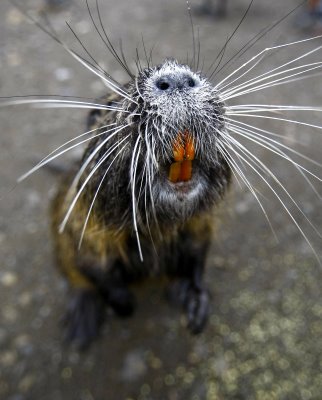